ORBFEST – A 30th Anniversary Celebration of The Orb

When Alex Paterson, the Orb’s founder, considered where to celebrate 30 incredible years of THE ORB he wanted somewhere special, something unique. So, he’s devised OrbFest, an all-day Orb curated festival at the London Roundhouse bringing together some of the most important, exciting and current acts in electronic music.

The iconic venue will host a celebratory Orb gig featuring a 30th Anniversary Greatest Hits set highlighting the best of The Orb alongside debuting tracks from their brand new album, “No Sounds Are Out Of Bounds”, which is set for release the day before.

The classic Orb line up that sees “Fluffy Clouds” co originator and super producer Youth in the line up along with Roger Eno, Michael Rendall and some very special guests on the night. Joining the Orb on this celebratory line-up is a scintillating array of support performances from LEFTFIELD, GAS (Wolfgang Voigt), ULRICH SCHNAUSS, SYSTEM 7 and CHOCOLATE HILLS. The day will also include art exhibits and an afternoon with legendary kids party starters Big Fish Little Fish. 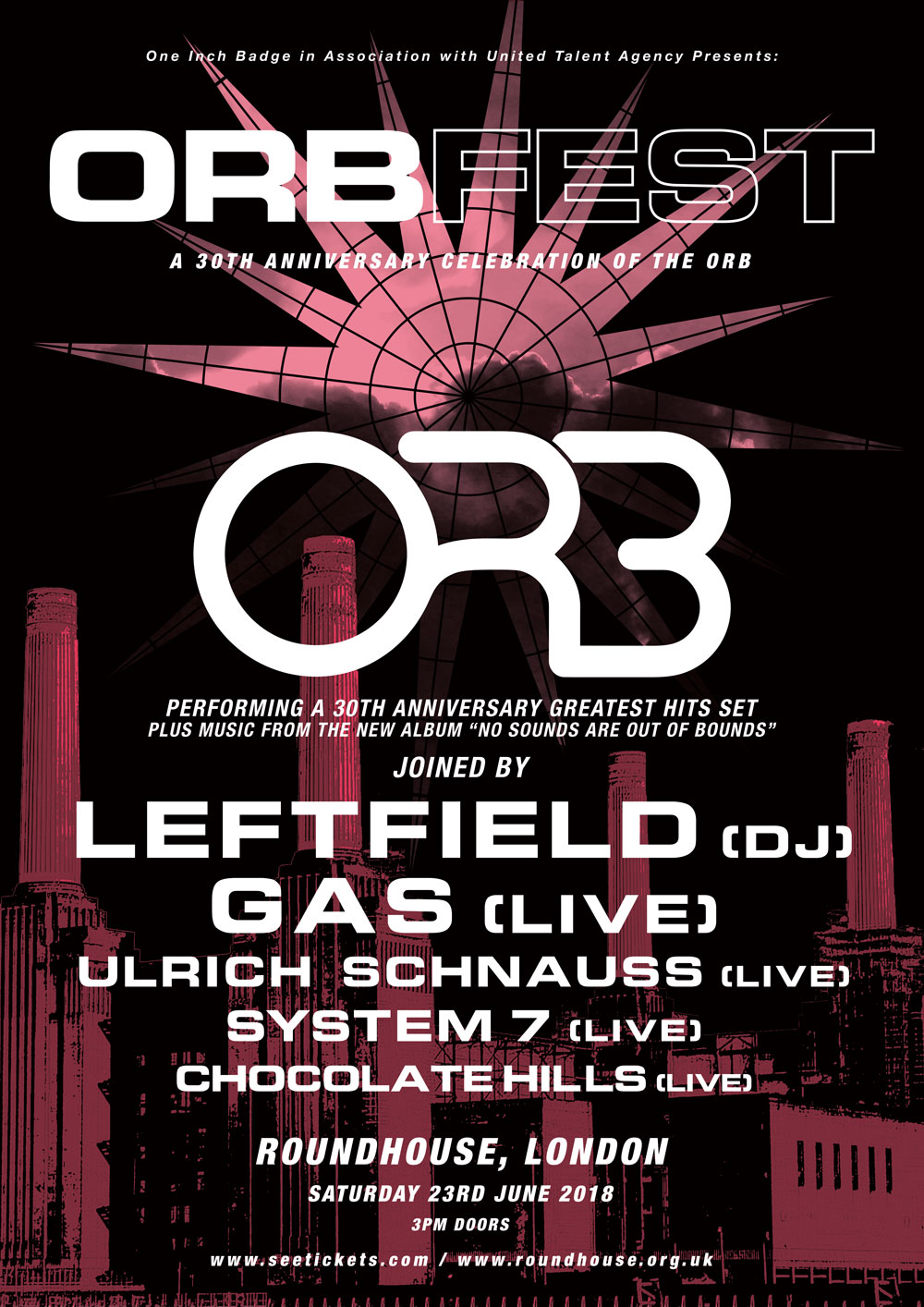