On April 9th The Orb will release a companion piece to recent studio album Abolition of The Royal Familia with the gem-packed Guillotine Mixes collection. The new compilation’s concept echoes back to 1991’s Aubrey Mixes: The Ultraworld Excursions, which is a collection of versions predominantly by people who featured on the original Adventures Beyond the Ultraworld album.

Guillotine Mixes features reinterpretations of tracks from a host of familiar faces, most of whom also have credits on ‘Abolition’, including Youth, Moody Boys, David Harrow, Andy Falconer, Paul Metamono and Gaudi – collectively providing an expansive journey into dance music; from acid house and Balearic beat to techno and beyond, emphasising The Orb’s club DNA.

The cerebral atmospherics of Slave Til U Die, reworked by early nineties Orb comrade Andy Falconer, brings the speed down to chill-out levels before The Lost Stoned Pandas – aka Sendelica’s spacerocker Pete Bingham and legendary writer/musician Kris Needs – drop a pumping take on Hawk Kings. 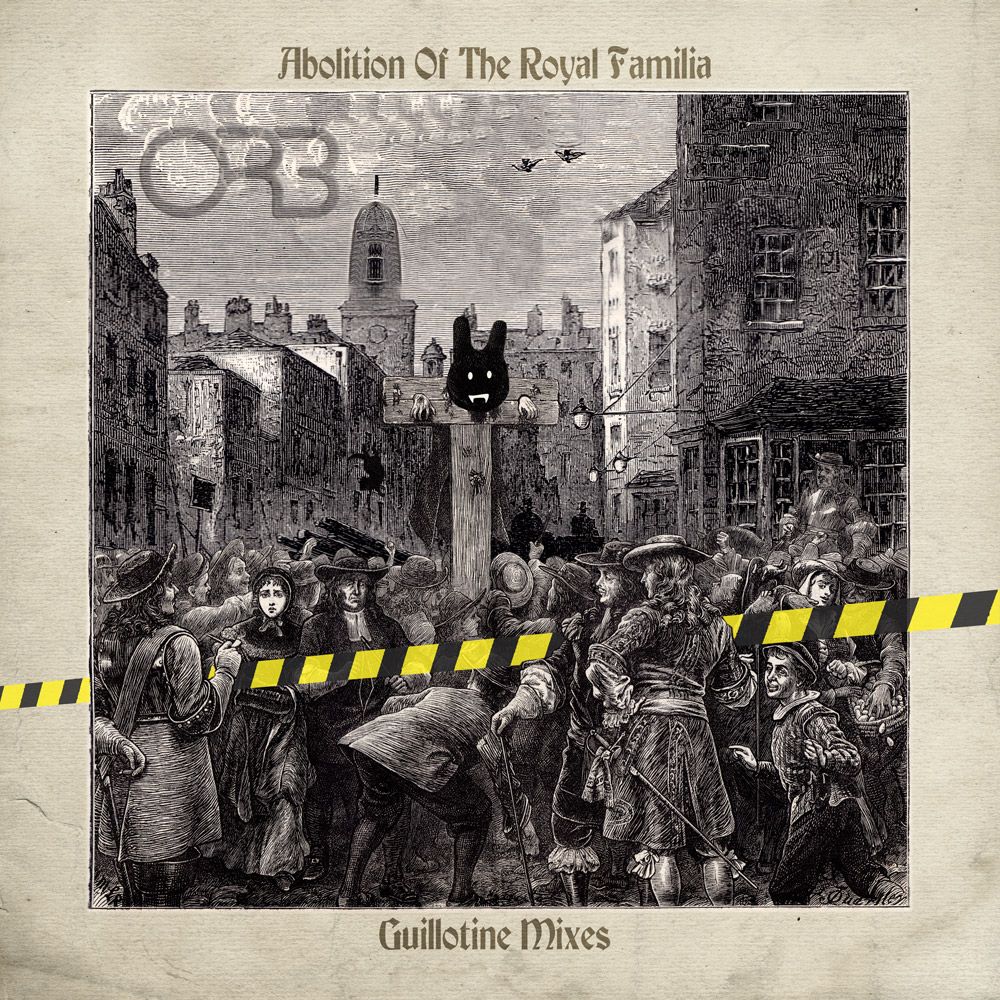 Elsewhere, Paul ‘Metamono’ Conboy, shifts direction with the Balearic monster Honey Moonies, before we’re treated to another banger from Kris Needs (fresh from finishing a book on The Orb) and Pink Floyd/Orb side- project HFB cohort Dom Beken, who join forces on the sun-drenched Weekend.

The LP concludes with a brand new Orb track – the digital-only bonus Off The Beaten Trax (Knee Splitter) – a prolific trip through deep and melodic techno.

pre-order
By continuing to use this site, you agree to our use of cookies.   Read our policy