Abolition Of The Royal Familia

Abolition Of The Royal Familia, the 17th album from Alex Paterson and his rotating roster of collaborative cohorts, will be released March 27th. The album forms part two of a pair – a continuation of the same “anything goes” ethos as the previous, critically-acclaimed long player No Sounds Are Out Of Bounds. This new offering marks the first album with Paterson and Michael Rendall as main writing partners.

With it’s provocative, mafia-alluding title, Hogarth/Chapman Brothers inspired cover by artist Pure Evil and a no-longer-present sample of Prince Charles (removed for litigious reasons), ‘Abolition..’ continues The Orb’s recent run of records which protest against the establishment, albeit in their own roundabout and idiosyncratic way.

The album is in part inspired by and in retrospective protest of the royal family’s historical endorsement of the East India Company’s opium trade, which was hugely damaging to India and caused two wars with China in the 18th and 19th centuries. 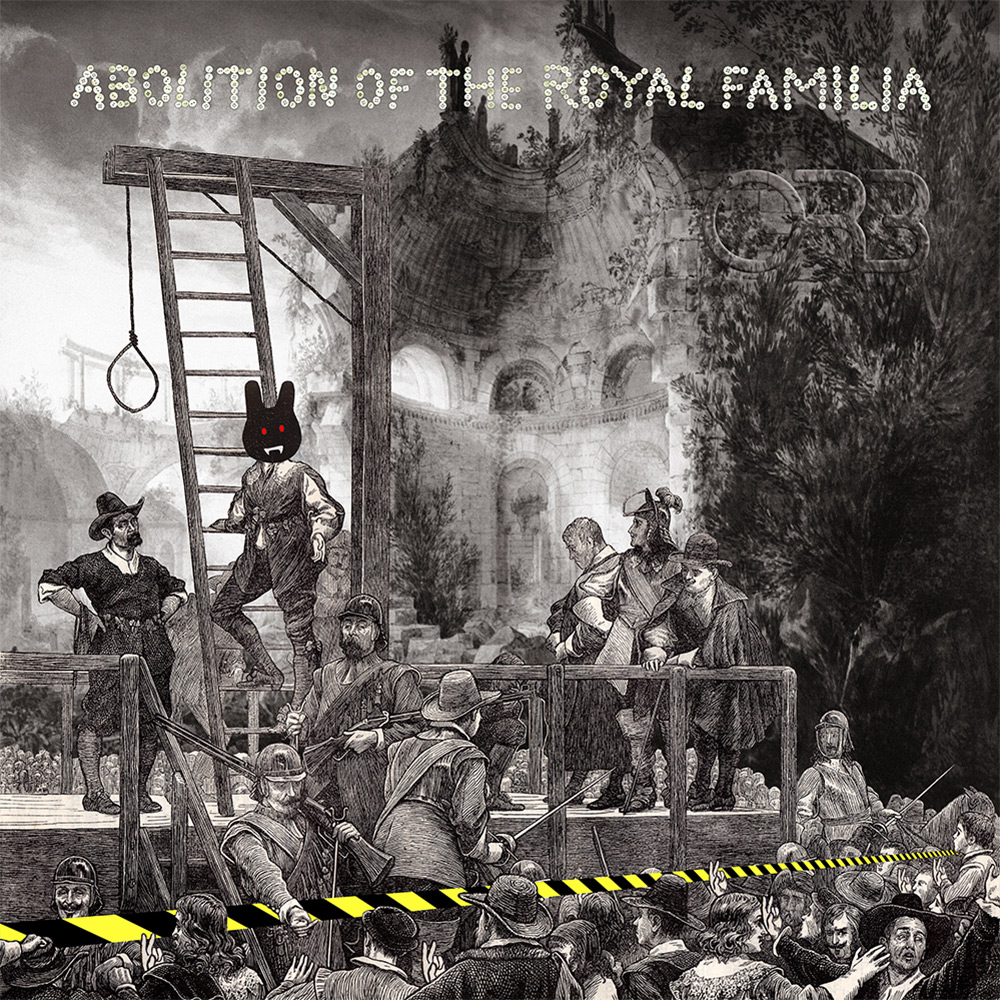 The journey commences in light mood with the breezy Balearica of Daze, followed by cowbell heavy, rude bass powered House of Narcotics – both of which feature Andy Cain (of Mark Ernestus and Moritz Von Oswald’s house gems ‘I’m Your Brother’ and ‘A New Day’ fame). Incidentally, the House of Narcotics is apparently what other countries called our royal family, during the aforementioned opium years.

Having met Steven Hawking at a lecture and later being told that the legendary cosmologist used to listen to The Orb, the pulsing technotrance of Hawk Kings is Paterson’s tribute, which he describes as “a monster of a tune, in a similar mood to ‘Assassin’ and ‘Toxygene’”. Am embryonic version of Honey Moonies went down a storm at Youth’s Space Mountain Festival in southern Spain, and with the finished article’s vintage deep sunrise house, it’s easy to see why.

An ironic juxtaposition (named as it is after a methamphetamine given to German soldiers in WW2), Pervitin marks the first in a passage of epic ambient gems, which follows with the orchestral, WNBC radio referencing Afros, Afghans and Angels, and onto Shape Shifters (in two parts), which segues from blue jazzy beauty into pimped-out-funk-meets-dub.

Bass-heavy reggae vibes continue on the brass and melodica of Say Cheese and onto the chugging, hip hop rubadub of Ital Orb. The warm happy glow of Queen of Hearts nods to classic jungle and the Weekend It Rained Forever is a 12-minute masterpiece of stunning ambient perfection. The album closes with Slave Till U Die No Matter What U Buy – a cosmic overhaul of Jello Biafra’s ‘Stay In Your Home’.

buy
By continuing to use this site, you agree to our use of cookies.   Read our policy